MCoreCloud is available on both Linux and Windows. The MCoreCloud cloud server software suite would provide: 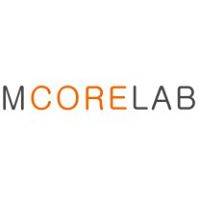 “The huge amount of real-time data and exploding number of devices that stream real-time demand dramatic improvements in latency and throughput in a scalable platform,” added Elaine Wang. “MCoreCloud is a server platform integrated with real-application high-performance network that incorporates true advancements in system software to deliver on the promise of high performance.”

The MCoreCloud Application Server and MCoreCloud In-Memory Cache/Data Server can be deployed independently, or deployed together to deliver higher performance across an entire system. The Application Server includes a “high performance” HTTP web application server and “ultra high-performance” Websocket, with scalability to handle the rapidly increasing number of client connections driven by the Internet of Things (IoT) and automated clients and agents.

The MCoreCloud In-Memory Cache/Data Server is wire protocol compatible with memcached and can be used to replace existing memcache servers transparently. The MCoreCloud suite would also provide a rich set of samples that showcase real application systems, the new architecture and how to build “next-generation” systems.

“MCoreCloud is the only technology on the market that provides the real solution to the challenges of real-time responsiveness,” added Wang. “It opens a new horizon of possibilities for the entire web and cloud cluster.”

365 Data Centers Transforms From Colocation to Hybrid IT Services Provider,...