Sixty percent of agencies surveyed said their budgets have increased in the past year with only 7% reporting any decrease. Fifty percent said the number of WordPress projects have increased, with 41% expecting them to continue to increase in 2016. The global survey was commissioned by Pantheon, a large Drupal and WordPress website management platform, founded in 2010 and currently running more than 100,000 websites in the cloud.

One of the key findings from the survey was that WordPress was clearly becoming a CMS of choice for large-scale websites. More than half of the agencies reported a growing team size of five or more in order to implement a WordPress website. 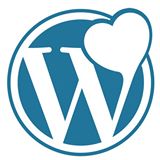 The survey also showed a clear increase of WordPress across industries and in some “surprising” places, including universities, government, and publicly traded companies. Thirty percent of agencies said they are building WordPress websites for publicly traded companies, 53% for big brands, and 36% for media outlets. Also of note was the migration from legacy CMS to WordPress, with 43% answering that WordPress is displacing proprietary CMS.

Pantheon’s multi-tenant, container-based WordPress and Drupal platform enables developers, marketers and designers to manage all of their websites from a single dashboard. Pantheon’s customers include Arizona State University, Cisco, Intel, and United Nations.

In May 2014, Pantheon raised $21.5 million in Series B financing led by Scale Venture Partners (ScaleVP), with participation from OpenView Partners and existing investors Foundry Group and First Round Capital.

How to delete a domain forwarder in cPanel

How to enable auto-reply for an email account in Plesk