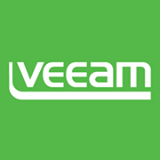 Veeam MP automatically integrates System Center Operations Manager’s native monitoring of applications to display virtual infrastructure dependencies. Drill-down capabilities from app-to-metal within compute, storage and network topology maps would give IT departments the tools they need to quickly react to problems that could affect business flow and user productivity.

“We’re adding Hyper-V support in this major new release of the Veeam Management Pack so enterprise IT has complete visibility of their critical virtual systems, can mitigate risks, and proactively monitor Hyper-V and vSphere, from Microsoft System Center’s single console,” said Ratmir Timashev, CEO of Veeam.

Those interested in getting an early look at monitoring and reporting for Hyper-V environments with Veeam Management Pack v7 for System Center can register for the public beta at http://go.veeam.com/mp-v7. Veeam will offer first-look demos of their Hyper-V support at Microsoft TechEd North America booth No. 1301, May 12 – 15, 2014 in Houston, TX.

Founded in 2006, Veeam has more than 101,000 customers worldwide. Veeam Software is headquartered in Baar, Switzerland, and the company has offices throughout the world.

The Future of Outsourcing IT in the Public Sector – UKFast...

Accelerating global deployment through the use of Docker