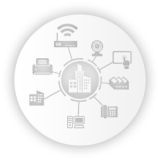 The cloud-based security platform uses real-time traffic sensors and automated security analytics to continuously model all devices on networks of any size. Observable’s solution is indifferent to encryption and does not require recognition of threat signatures.

“For many companies, unmanaged endpoints like BYOD, copy machines, video cameras, and building controls are increasingly used as gateways for targeted attacks,” said Bryan Doerr, CEO of Observable Networks. “Additionally, many successful attacks involve low tech approaches such as stealing credentials or exploiting physical access to IT assets. Our service works a lot like a credit card suspicious activity alert system. We’re continuously looking at our client’s devices and their behaviors on the network, and because our platform acutely understands what is normal and abnormal, we can alert them quickly and with precision.”

Unlike signature-based mechanisms, Observable does not assume threats can be recognized since modern attacks are highly customized and stealth. Additionally, Observable addresses exploitable weaknesses in perimeter-based mechanisms – the notion of a boundary between what is good and bad.

“It was clear that the inevitable rise of end-to-end encryption would “turn the lights off” on network security analysts,” said Patrick Crowley, Observable Networks’ founder & CTO and associate professor of computer science at Washington University in St. Louis. “This observation, coupled with the limitations of signature-based mechanisms, inspired the creation of CDP. By monitoring and modeling all devices on the network, we enable customers to press the one advantage they have over adversaries – a continuous, unobstructed view of the devices on their network, and how those devices behave through time.”

Observable Networks is a privately held company headquartered in Saint Louis, Missouri and has received institutional backing from the Vectis II fund, of which Stifel, Nicolaus & Company, Inc. is a co-General Partner.