Driven by strong customer demand for its cloud services worldwide, Oracle has announced plans to significantly expand its modern cloud infrastructure footprint. The company’s rapid expansion plans include the opening of 12 new datacenter regions while increasing the breadth and depth of Oracle Cloud services available across Asia, Europe, and the Americas. 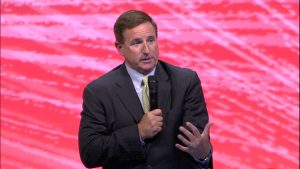 “The future of IT is autonomous,” said Mark Hurd, CEO of Oracle. ” With our expanded, modern data centers, Oracle is uniquely suited to deliver the most autonomous technologies in the world. As we invest, our margins will continue to expand. And with our global datacenter expansion, we are able to help customers lower their IT costs, mitigate risks and compete like they never have before.”

Since launching Oracle Cloud, Oracle says it has seen an ever-growing set of customers, across the Global 2000 as well as small and medium businesses (SMBs). Organizations would turn to Oracle to build, deploy, and extend applications and run business-critical workloads in a “low-latency, highly available, reliable and secured” cloud environment. Today, customers in more than 195 countries are running their most demanding applications on Oracle Cloud Platform (including SaaS application suites for ERP, HCM and CX).

Where can I buy a domain name for my site?

Internet of Everything: True Stories of the Connected- Closing the Digital...