Extending its support for the developer community, Oracle has unveiled new cloud services and development tools at JavaOne 2016.

As cloud deployment becomes the norm for enterprise workloads, developers need to build applications using microservices, APIs, containers, DevOps processes and platform capabilities that support analytics, integration, mobility and the Internet of Things (IoT). Oracle has announced a variety of enhancements to its development tools and cloud services.

At JavaOne 2016 in San Francisco, Oracle showcased major enhancements to the Java Platform and the introduction of MySQL to the Oracle Cloud Platform. In addition, Oracle shared details on new Oracle Cloud Platform services that are specifically designed to support developers, and launched a new Web portal, developer.oracle.com, that provides developers with a single place to find the tools, technologies and resources needed for any development project that uses Oracle technology. 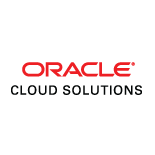 Java Platform, Standard Edition (SE) 9 will include new capabilities as well as updates that support the latest development standards and specifications. Project Jigsaw would help developers make applications more scalable, more secure, faster and easier to maintain, while JShell would make it easier for developers to run and test snippets of code.

Oracle continues to work closely with the OpenJDK Community to lay the groundwork for Java SE 9. More than 500 companies, organizations and individuals now contribute to the OpenJDK project and well over seven million lines of code have been developed.

Java Enterprise Edition (EE) future versions will support delivering an enhanced model for reactive programming that helps developers build large-scale distributed systems, which are built asynchronously, are loosely coupled and are event based.

“The move to Cloud has become a powerful trend among Fujitsu’s customers,” said Hideki Nozaki, vice president of application management middleware division, Fujitsu Limited. “With this major update to Java EE 8 focused on cloud and microservices, Fujitsu looks forward to providing its customers an update to its Java EE compatible Interstage application server, thereby simplifying their shift to the Cloud. We continue to work with the Java community to develop technologies that benefit society.” 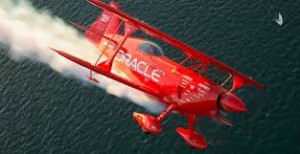 The launch of Oracle MySQL Cloud Service brings this popular open source database to the Oracle Cloud Platform and extends the complete suite of cloud services that Oracle provides to help organizations rapidly build and deploy rich applications. Developers and Independent Software Vendors (ISVs) would be able to rely on the most comprehensive MySQL offering in the cloud, with advanced features, tools and support to accelerate the time to market of their new modern applications.

How to Update your DNS at enom.com

How to manage the mail queue in WHM