Cloud hosting provider Atlantic.Net, a global web hosting provider with over 23 years of experience based in Orlando, Florida, has announced support for Windows Server Containers. This enables Windows users to package applications into images that can be run on any Windows 2016 server. Users can now deploy and scale their Windows Server Containers across Atlantic.Net’s cloud servers.

Atlantic.Net is one of the first companies to offer Windows container support, specifically for Docker, a full development platform for creating containerized apps. 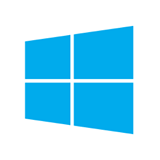 “This is a major announcement that will definitely cause a ripple effect across the industry – specifically amongst developers,” said Marty Puranik, CEO of Atlantic.Net. “Most developers today move their applications and development environments around tirelessly. They need a cloud that is easy to use, ‘on-demand’ or self-service (i.e. they can provision the actual servers themselves). Developers can go to a traditional hosting provider, sign a contract and theoretically move the environments between servers they contracted for. Instead, with our offering, developers can now do this without having to sign a contract or talking to anyone. Essentially, we’re significantly expediting the process for developers to reap the benefits of containers without any long-term commitment whatsoever.”

Atlantic.Net Cloud Server clients can test the new tools offered by the Windows 2016 operating system and pay via a usage model on a per-hour basis, without having to incur additional licensing costs.

Atlantic.Net is specializing in Windows, Linux and FreeBSD server hosting. The company provides “developer-friendly” cloud hosting solutions “with a focus on simplifying the experience for users.” Additionally, Atlantic.Net offers fully managed environments and security and compliance focused solutions across all its hosting facilities in San Francisco, New York, London, Toronto, Dallas and Orlando.

How to use the Google Doc Embedder in WordPress