ParkMyCloud is a single-purpose SaaS tool that enables users to automatically schedule on/off times for their idle non-production cloud computing servers, so they pay only for the time they actually use and avoid wasted spending. 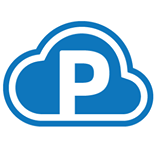 “Companies are spending billions of dollars a year on 24×7 servers, when many of those resources are idle much of the time,” said Jay Chapel, ParkMyCloud CEO and co-founder of ParkMyCloud. “ParkMyCloud customers can ‘park’ or pause non-production servers such as development, staging, testing and QA when they aren’t needed, saving companies up to 60% on their AWS bills.”

The $1.65 million Series Seed round was led by Cofounders Capital, with contributions from Tom McGowan of ENRGM LLC, Thomas E. Kolassa, Lane Bess of Bess Ventures, and John Chapel of White Hall Capital.

ParkMyCloud claims that its current customers, which include McDonald’s, Sage Software, Avid and Wolters Kluwer, have saved a total of nearly $800,000 on their AWS bills so far, with an average ROI of 1700%. This funding round would enable ParkMyCloud to bring savings to more of AWS’s one million customers.

“We have been searching for a company to back in the fast-growing cloud computing space,” said David Gardner, General Partner of Cofounders Capital. “ParkMyCloud checked all of our criteria, which included a comprehensive yet cost-effective technology, experienced management team and demonstrable return-on-investment for customers.”

ParkMyCloud was founded in July of 2015, released the first version of the product on September 8, 2015, and secured its first customer by the end of that month. The company’s launch and initial growth was made possible by an initial angel investment from Virginia-based White Hall Capital.