Cloud hosting provider Rackspace Hosting has enlisted investment bank, Morgan Stanley, to explore ways to expand the business, after Amazon and Google cut prices on competing cloud products at a faster pace than expected, according to information shared by Bloomberg. The result could be a partnership or acquisition.

“Our board decided to hire Morgan Stanley to evaluate the inbound strategic proposals, and to explore any other alternatives which could advance Rackspace Hosting’s long-term strategy,” the company told Bloomberg. 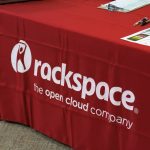 Revenue growth at Rackspace Hosting is on track to slow for a third year in a row, even after the company reported Q1 2014 sales last week that exceeded analysts’ estimates. Bloomberg states that Rackspace suffers from fierce competition caused by cloud hosting providers such as Google and Amazon.

Two months ago, Google cut the price of its key cloud hosting product by 32 percent and lowered its storage offering by 68 percent. Amazon followed immediately by matching Google’s price levels.

In February this year, Graham Weston who co-founded Rackspace Hosting in 1998, took over as CEO when Lanham Napier retired. Weston has been trying to differentiate Rackspace’s cloud hosting services from the cheap alternatives offered by Amazon and Google.

Shared Hosting : All you need to know (Part 2)- TechTalks...