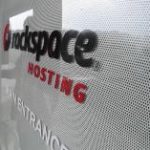 The Rackspace Performance Cloud Servers are designed with RAID 10-protected solid-state disks (SSDs), powerful Intel Xeon E5 processors, up to 120 Gigabytes of RAM, and 40 Gigabits per second of highly available network throughput to the host. Rackspace claims that these servers deliver more total performance over existing Cloud Servers as follows*:

*The Rackspace benchmarks would compare a 30GB Standard Cloud Server to a 120GB Performance Cloud Server, the largest available in each class. Multiple tests were run for each benchmark and the average score taken. Linux kernel compile time was used to measure CPU performance, fio to measure disk I/O, iperf to measure network bandwidth and unixbench to measure overall performance.

Performance Cloud Servers are powered by OpenStack enabling programmatic and on-demand access. Customers can connect the new range of cloud servers to dedicated bare metal servers as part of the Rackspace Hybrid Cloud.

Performance Cloud Servers are immediately available in the Rackspace Northern Virginia region. The new cloud servers will come online in the Dallas, Chicago and London regions later in November, and Sydney and Hong Kong regions will follow in the first half of 2014.

How To Backup And Restore Databases From The Commandline.