Application performance infrastructure company, Riverbed Technology, with more than $1 billion in annual revenue, has opened a new global Research and Development facility in Bangalore, India, and will expand its engineering team in the region three-fold over the next several years – as part of its effort to accelerate the delivery of next generation cloud networking and application performance solutions worldwide.

The new center will be the largest Riverbed R&D facility outside the US, and focus on solving some of the toughest challenges businesses face in the digital era. The building will also serve as the new headquarters for Riverbed’s Sales and Operations in India.

“At our core, we are an engineering company that builds its own technology, and India is a central player in our strategy of global shared development,” said Jerry M. Kennelly, Chairman and Chief Executive Officer (CEO) of Riverbed Technology. “The availability of world class talent, advanced infrastructure and proximity to other fast-growing emerging markets of the world are key reasons behind this. The decision to open the new facility in Bangalore reinforces India as a global R&D hub for Riverbed – one that will play a vital role in the future of the company.” 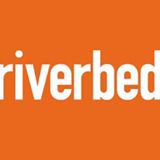 Riverbed opened its first R&D facility in India in 2014 with the intent to integrate the new team into its mainstream product innovation pipeline. Since then, the team has played a critical role in advancing development of the company’s flagship product, Riverbed SteelHead – specifically in the areas of mobile, SaaS and cloud.

The expansion of the R&D center in Bangalore would enable the team to take on a greater share of development in emerging technology areas such as software-defined edge and software-defined WAN (SD-WAN).

Since going private in April 2015, Riverbed Technology has increased its investment in R&D as a percentage of its overall revenue as part of the company’s broader strategy to evolve its products to address the demand for a different approach to networking, fueled by the rise of cloud and hybrid IT environments.

Inside the MainOne Cote D'Ivoire Data Centre and CLS