Aimed at web developers, section.io is a new service to deploy website caching in the cloud with SSL, metrics, logs, and alerting. Developed by the team of web engineers behind Squixa, a website performance acceleration service with multi-CDN, the new service would enable users to set-up a globally distributed cache solution within 2 minutes. 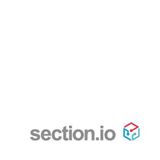 section.io released its first open beta in May 2015. To date more than 200 web developers have signed up from USA, Asia, Europe and Australia. The new service enables web developers to set-up the open source HTTP acceleration proxy varnish cache for web applications.

The burdens of server deployment, server management, implementation of metrics, logs, and day-to-day management are completely lifted by section.io. Users can sign up and within 2 minutes have a globally distributed cache solution.

“We have not seen any truly disruptive innovations in the CDN space for 17 years since Akamai first launched the concept of distributed reverse proxy servers for website caching,” said Steward McGarth, founder of Squixa, a company that has also attracted funding from the Australian Government’s Commercialization Australia program. “We are leading a new content delivery paradigm for website developers by providing them with a unique level of control over the caching solution.”