JumpCloud, a provider of an automated server management tool for DevOps and IT pros, has unveiled its cloud hosting-based server orchestration platform. The cloud platform offers users the ability to automate the execution of server management tasks and workflows  across a group of servers.

JumpCloud’s server orchestration platform automates executing commands and scripts across a group of servers on a scheduled or ad hoc basis from the cloud. All executed tasks are fully visible, auditable, and logged reducing single points of failure. This would enable IT pros and DevOps oriented teams to chain tasks together to automate existing workflows. 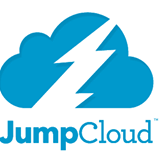 The company’s server orchestration platform would significantly reduce errors and time spent on manual server management tasks and workflows. It also builds in new capabilities for the IT organization.

“Managing servers is an enormously time consuming task for IT professionals,” said Mark Bowker, Senior Analyst at Enterprise Strategy Group. “Configuration automation solutions like Chef and Puppet help to deploy applications, but IT is still left with the task of ongoing maintenance of the servers, applications, and data. JumpCloud can enable IT to take a giant step forward with server orchestration functionality that has the potential to unlock a whole new approach to server management.”

JumpCloud is headquartered in Boulder, Colorado. The company was founded in 2013 by a team of DevOps and security experts frustrated with managing their Internet infrastructure. JumpCloud is led by Rajat Bhargava, an 8-time serial entrepreneur.

How to set up a secure environment on Azure Government- Part...