SherWeb, a Canadian cloud hosting services provider with offices in the U.S. and Europe, has announced the official launch of its Performance Cloud, which has been available on a limited basis since May. The company stated that its “high performance” cloud servers are the fastest among market leaders, a claim underpinned by SherWeb’s UnixBench score of 2178.

SherWeb’s solution is built on enterprise-grade equipment such as premier Dell hardware, all-flash SAN storage and N+2 hardware redundancy with full failover. Fully compatible with both Linux and Windows, the cloud servers are based on Microsoft virtualization technology. Reliability is assured with a 99.999% financially-backed uptime guarantee. 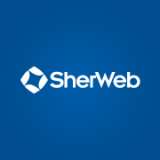 “We engineered our Performance Cloud from the ground-up to out-value anything else on the market today,” said SherWeb’s Co-founder and President, Matthew Cassar. “Not only do our cloud servers offer lightning-fast performance and virtually unlimited on-demand compute power, they also allow businesses to align spending with actual usage. For organizations that normally have to overprovision to accommodate peak periods, the potential for cost-efficiency is significant.”

In July, SherWeb was named Microsoft’s 2014 Global Hosting Partner of the Year Finalist on the basis of its cloud server platform. “SherWeb demonstrates the versatility of Microsoft CloudOS and is a strong example of the innovative ways in which partners can build upon that platform and vision,” said Janet Kennedy, President, Microsoft Canada. “The SherWeb-lead solution illustrates the exciting places cloud computing will take us in the future.”

In August, SherWeb announced the acquisition of ORCS Web Inc., a Windows-based managed hosting provider headquartered in Charlotte, North Carolina. OrcsWeb represents SherWeb’s third acquisition in three years and its first in the competitive Infrastructure-as-a-Service (IaaS) market – a segment in which SherWeb has recently made significant inroads.