SMBs in the U.S. who have already adopted the cloud are rapidly deploying ever greater amounts of data, applications and IT infrastructure to the cloud, according to a survey sponsored by U.S. IT infrastructure and cloud hosting provider FiberCloud. 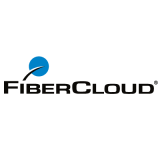 While the survey shows that only 29% of SMBs have adopted the cloud, it also indicates that those very businesses are planning to become even more cloud-centric by putting additional data, applications and IT infrastructure in a cloud hosting environment during the remaining seven months of 2014.

In fact, more than half of the respondents indicate that a majority of their business will be in a cloud hosting environment by year-end, and one third say they will run a whopping 66-100% of their business in the cloud.

The cloud adoption survey was targeted at 400+ business owners and decision makers in U.S. companies with between 50-500 employees.

The vast majority of cloud adopters favor private clouds rather than public and hybrid environments. The cloud has had a profound impact on SMBs. They say that the cloud has allowed them to replace aging IT infrastructure, access leading edge technology, helped them quickly implement and scale new initiatives and facilitated increased security or compliance for mission-critical operations.

Most of the companies – 75% – have leveraged the cloud for the past 1 to 5 years. While many of the decision makers say that the cloud has helped them increase security or compliance, they also indicate that they still have some security concerns although they maintain that the benefits outweigh the risks, adding that security concerns can be addressed by using the right cloud hosting environment.

How to Add a Gridblock in BoldGrid