Hulu has selected Amazon Web Services (AWS) as its cloud provider, and leveraged AWS to launch its new, over-the-top (OTT) live TV service. Hulu turned to AWS for a “scalable, agile, and cost effective” infrastructure to support the addition of more than 50 live channels for the Hulu with Live TV launch in May 2017.

Running its live TV service on AWS cloud infrastructure would allow Hulu to deliver a great viewer experience, even in times of rapid spikes in viewership and traffic. 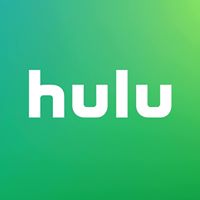 “Hulu is redefining the television experience for viewers and we have set the technical bar much higher by bringing live TV into the mix,” said Rafael Soltanovich, Vice President, Software development, Hulu. “We selected AWS as our cloud provider because of its leading breadth and depth of capabilities. The elasticity, agility, and security they provide were key to deploying our new service. Putting our stream ingest, repackaging, DVR storage, and origin serving on AWS freed us from having to build out data centers and led to a faster time to market with higher availability.”

“Leaders in media and entertainment like Hulu are looking for more efficient ways to build scalable streaming and OTT solutions,” said Mike Clayville, Vice President, Worldwide Commercial Sales, AWS. “AWS’s unmatched scalability and reliability allow Hulu to continue to innovate and break new ground – like delivering live TV alongside their extensive on-demand programming – without having to spend millions of dollars and thousands of person hours building and managing data centers.”

How Sherweb brings value to Creospark