Across all segments HPE led Cisco in Q1 and slightly widened the gap between the two, though both vendors gained market share in the quarter. HPE and Cisco were followed by Microsoft, Dell, IBM, EMC, VMware, Lenovo and Huawei. The total cloud infrastructure market has been growing at comfortably over 20% per year, though the growth rate dropped off to 13% in Q1 as a typically soft quarter followed the end-of-year Q4 peak. 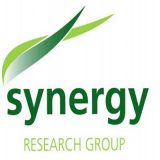 For the last eight quarters, total spend on data center infrastructure – which includes servers, server OS, storage, networking, network security and virtualization software – has been running at an average $29 billion, with the market being increasingly driven by the cloud. Cloud deployments or shipments of systems that are cloud enabled now account for well over half of the total data center infrastructure market, according to the Q1 data from Synergy Research.

“With spend on cloud services growing by over 50% per year and spend on SaaS growing by over 30%, there is little surprise that cloud operator CAPEX continues to drive strong growth in public cloud infrastructure,” said Jeremy Duke, Synergy Research Group’s founder and Chief Analyst. “But on the enterprise data center side too we continue to see a big swing towards spend on private cloud infrastructure as companies seek to benefit from more flexible and agile IT technology. The transition to cloud still has a long way to go.”

Cloud or On-Prem Collaboration Solutions: We’re here for you.