Alignment of the two projects would create a harmonized and comprehensive framework for real-time, policy-driven software automation of virtual network functions that will enable software, network, IT and cloud providers and developers to rapidly create new services. By consolidating member resources, ONAP would be well positioned to deliver a unified architecture and implementation, with an open standards upstream focus, faster than any one project could on its own. 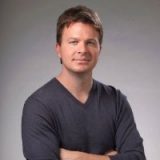 “By combining two of the largest open source networking initiatives, the community is able to take advantage of the best architectural components of both projects,” said Jim Zemlin, Executive Director of The Linux Foundation. “We’re excited to see the industry coalesce around ONAP with this unprecedented merger. Such a broad effort and investment will expedite our vision to deliver an open platform for network automation.”

Many ONAP members and developers working to advance this sophisticated automation platform will be participating in the upcoming Mobile World Congress, to be held February 27-March 2 in Barcelona, and Open Networking Summit (ONS), to be held April 3-6 in Santa Clara, CA.