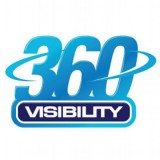 360 Visibility’s Microsoft Azure cloud hosting service will focus on hosting Microsoft Dynamics and Office in the cloud. With it, professional organizations would be able to reduce their IT and infrastructure costs – and by way of access to a priority help desk staffed with Azure experts – increase their peace of mind with the knowledge that every bit of their infrastructure is being monitored and managed around the clock.

Key features of 360 Cloud include:

This release comes on the heels of Microsoft’s decision to invest in locally delivered cloud hosting services across two new Azure regions in Ontario and Quebec. New facilities in Quebec City and Toronto would deliver commercial cloud services starting in early 2016, ushering in the age of general availability of Azure, Microsoft’s hyperscale, enterprise-grade and hybrid public cloud offering. Microsoft Office 365 and Dynamics CRM Online would be unveiled later that year.

How to suspend or unsuspend an account in WHM