Currently, not many UK cloud hosting providers would be offering unlimited bandwidth, according to CWCS Managed Hosting. Asked why CWCS is offering it, Karl Mendez, Managing Director at CWCS replied, “CWCS is one of the first UK hosting companies to offer cloud servers with unlimited data transfer because, not only does it offer increased value to our clients, but it also takes away any concerns about higher costs associated with increased traffic. And as one of the UK’s leading cloud hosting specialists, we like to stay ahead of our competition!” 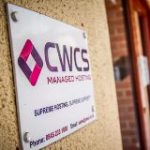 servers ordered direct from CWCS via one of the company’s hosting consultants. It is subject to fair and acceptable usage so activities such as spamming, illegal file sharing, disproportionate or excessive use of resources for example are not allowed.

Unlimited data transfer is a big promise to make, so how can CWCS provide it?

Mendez continued, “We can offer unlimited bandwidth because we run, manage and operate our own data centers. We’ve set up our own cloud infrastructure and we’ve invested significant amounts in our resources. We use high specification equipment and servers and we have deliberately built in a high amount of spare capacity.”

Established in 1999, CWCS Managed Hosting operates from two UK data centers, as well as having data center facilities in the US and Canada. The company is accredited to the globally recognized security standard ISO 27001, serving thousands of customers worldwide.