Born out of the strategic alliance announced in October 2016, the VMware Cloud on AWS solution announced at VMworld 2017 in Las Vegas would give customers a seamlessly integrated hybrid cloud delivering the same architecture, capabilities, and operational experience across both their vSphere-based on-premises environment and AWS Cloud.

VMware Cloud on AWS would be ideal for customers looking to migrate applications to the public cloud, develop entirely new applications, extend the capacity of their data centers for existing applications, or quickly provision development and test environments. 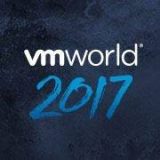 The joined solution will also support containerized workloads and DevOps services such as Pivotal Cloud Foundry, and others. VMware and AWS plan to continue to innovate together to add new capabilities and additional AWS Cloud regions to support customers that want to use VMware Cloud on AWS for disaster recovery, data center consolidation, and geographic expansion.

VMware Cloud on AWS is delivered, sold, and supported by VMware as an on-demand, elastically-scalable cloud service that would remove barriers to cloud migration and cloud portability, increase IT efficiency, and open up new opportunities for customers to leverage a hybrid cloud environment.

“VMware and AWS are empowering enterprise IT and operations teams to add value to their businesses through the combination of VMware enterprise capabilities and the breadth and depth of capabilities and scale of the AWS Cloud, providing them a platform for any application,” said Pat Gelsinger, chief executive officer (CEO) of VMware. “VMware Cloud on AWS gives customers a seamlessly integrated hybrid cloud that delivers the same architecture, capabilities, and operational experience across both their vSphere-based on-premises environment and AWS.” 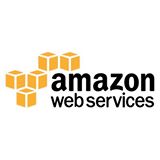 VMware Cloud on AWS is powered by VMware Cloud Foundation, the unified SDDC platform that integrates vSphere, VMware VSAN, and VMware NSX virtualization technologies with VMware vCenter management. This means customers can use familiar VMware tools to manage their applications, without having to purchase any new or custom hardware, rewrite applications, or modify their operating model.

“With the availability of VMware Cloud on AWS, for the first time customers can operate a consistent and seamless hybrid IT environment that combines the VMware software they love with the unmatched functionality, security, and operational expertise of the AWS Cloud,” said Andy Jassy, chief executive officer (CEO) of AWS. “The majority of the world’s enterprises have virtualized their data centers with VMware, and now these customers can easily move applications between their on-premises environments and AWS without having to purchase any new hardware, rewrite their applications, or modify their operations.”

VMware Cloud on AWS would deliver:

The VMware Cloud on AWS service is initially available in the AWS US West (Oregon) region and will expand to AWS Cloud regions worldwide in 2018. Customers are enables to consume this service hourly and pay only for each hour that a host is active in their account.

How To Track Restaurant Customer Location with WiFi