Despite the ability of containers to run directly on bare metal servers, a recent survey by Devops.com of developer, operations and security professionals reveals that the vast majority of containers (73%) are still run inside virtual machines. 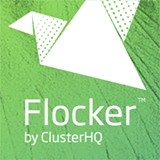 “Today, containers do a great job easing application portability, but there are many additional operational requirements that can be improved by combining containers with VMware’s software-defined data center infrastructure solutions,” said Skip Bacon, vice president, storage and availability, VMware. “By collaborating with ClusterHQ to make a VMware vSphere driver available for Flocker, we’re making it even easier for organizations deploying containerized applications to take advantage of the persistent storage options offered.”

ClusterHQ‘s Flocker would enable stateful Docker containers to be easily migrated between virtual servers, which is important when developing applications that include stateful services like databases, queues and key-value stores. Flocker would make it simple and practical for entire applications, including their data, to be containerized and achieve true portability between development, staging and production.

With the combination of Docker, VMware and Flocker, developers can adopt container technologies that speed their development and deployment processes while the operations team can continue using VMware infrastructure. This combined approach would benefit both developers and operations teams, as both are able to use their platform of choice.

The Future of Retail: Top Ten Trends for 2016