As part of the general availability of vCloud Air OnDemand, VMware introduced a new program to make it easier for customers to have the predictable billing of a subscription, but only pay for cloud resources consumed with a new Subscription Purchasing Program. 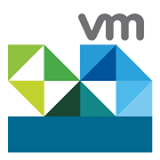 “Public cloud is a part of every VMware client’s view of the future because it helps them move faster and get far greater value for money from their IT Infrastructure,” said Bill Fathers, executive vice president and general manager, Cloud Services Business Unit, VMware. “VMware vCloud Air provides our clients with these benefits for both new and existing applications. The service enhancements announced today reflect strong client interest in a public cloud platform compatible with existing vSphere environments.”

The new capabilities of VMware vCloud Air Disaster Recovery would include:

vCloud Air Disaster Recovery can be implemented in less than an hour, according to VMware and replicates virtual machines and data to vCloud Air, providing a warm-standby virtual data center in the event of a disaster. Customers would choose vCloud Air for disaster recovery because it requires zero changes to the existing virtualized environment, and because vCloud Air supports all the operating systems and applications they run today – without conversions.

VMware promises to deliver the following benefits to customers:

IBM Cloud and the value of automation