Egenera, a provider of wholesale cloud services and cloud management software to the channel, has announced the general release of CloudMigrate – a new migration service that would enable organizations to seamlessly transition existing cloud-based servers or on-premise servers to Egenera’s Xterity wholesale managed cloud.

Service providers would now be able to quickly and easily move on-premise or cloud-based servers to Egenera’s Xterity Cloud.

CloudMigrate automates the preparation, validation and confirmation of operational workloads, preparing them for transition to Xterity Cloud “with virtually no interruption to ongoing business processes.” In addition, it automates the transition of an entire workload solution whether a single server, or a complex tiered workload solution with multiple servers and applications.

There are no agents or local applications or the need to interrupt IT operations to prepare for the transition. Once the automated discovery and the target data center environment configuration is validated, businesses can choose the moment to transition to a selected cloud location. 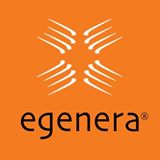 “CloudMigrate represents the next step in cloud maturity for Egenera and the adoption of the cloud as a whole,” said William Fellows, vice president, research at 451 Research. “Service providers seeking an alternative to the large public clouds can look to Xterity for higher margins, better management and no channel conflict.”

CloudMigrate transitions physical servers and virtual servers to the cloud and supports source environments based on Microsoft Windows Server 2003/2008/2012, and all Linux distributions. Egenera’s high performance interface to the Internet would ensure a speedy transition. Once a target cloud environment is validated, the migration can complete in as little as an hour, according to Egenera.

“Service providers are getting their margins squeezed by the large public cloud vendors, and support, manageability and channel conflict are becoming huge pain points,” said Pete Manca, president and CEO of Egenera. “CloudMigrate will enable those providers to quickly and easily move servers into Xterity from both on-premise datacenters and from other clouds such as AWS Cloud, Microsoft Azure and vCloud Air and gain higher margins, and better manageability and support.”

At the same time, Egenera announced the signing of Dublin-based distributor Direct Distribution, who will begin marketing Egenera’s Xterity Cloud Services immediately under the name DirectCloud to new customers.