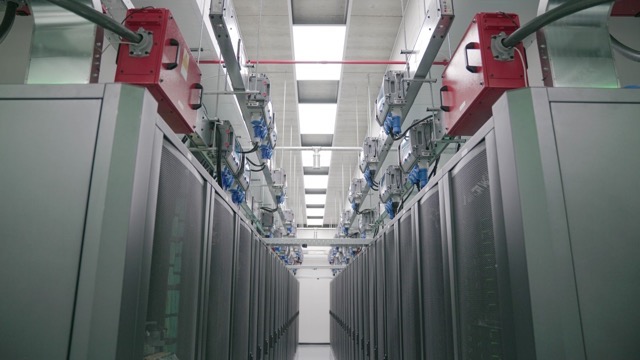 Worldstream Elastic Network, a soon to launch software-defined global network bringing full-scale IaaS hosting functionality at edge data center PoP locations across Worldstream’s 10Tbps global backbone, has been nominated by Dutch IT-channel Awards for its cloud innovation capabilities. On January 16, members of Worldstream’s management team will be present at the award ceremony in Las Vegas-style, in a television studio in Hilversum, the Netherlands, to find out if their Worldstream Elastic Network has won the ‘Cloud Hosting Provider of the Year’ award.

Before its official launch, this network innovation has been recognized now by Dutch magazine Dutch IT-channel – as the Worldstream Elastic Network is a nominee for the ‘Cloud Hosting Provider of the year’ award category at the Dutch IT-channel Awards ceremony, January 16, 2020.

“Our soon to launch Worldstream Elastic Network breathes flexibility when it comes to deploying IaaS infrastructure, interconnecting IT resources, and moving workloads instantly from one physical data center to another,” said Tim Vollebregt, Network Director of Worldstream and mastermind of the Worldstream Elastic Network. “This elasticity seamlessly fits all hybrid cloud requirements of SMBs, enterprises, CSPs, systems integrators and MSPs alike. We truly appreciate the recognition by Dutch IT-channel even before our market-wide launch. It will open up vast new IaaS deployment opportunities. With extensive data center, networking and cybersecurity functionality being offered at edge PoP locations across our global network backbone, catering to ultimate hybrid cloud needs.”

“Worldstream did get quite some positive media attention already lately, with video crews from world-known server and network vendors as well as television crews from nationwide and regional broadcasting channels visiting our Netherlands-based data centers and headquarters,” said Lennert Vollebregt, CEO and co-founder of Worldstream. “This nomination for the Dutch IT-channel Awards adds to that, it is an acknowledgement for the great work our network department has been delivering. The global 10Tbps network backbone is already impressive but wait until you see the Worldstream Elastic Network go live this quarter.”

WorldStream’s network innovation will grant SMBs, enterprises, systems integrators, CSPs and MSPs full flexibility over the deployment of an extensive and growing amount of data center, networking, and cybersecurity features.

Worldstream Elastic Network allows its users to flexibly deploy their IaaS resources at any PoP location where Worldstream’s global 10Tbps network backbone has its presence and (instantly) interconnect these IaaS resources when needed.

The expanding number of IaaS resources being offered through the software-defined network will include bare metal hardware, cloud instances, VMs, cybersecurity solutions, and more.

The software-defined aspect and the intelligence of the network’s SDN-controller additionally allows users to relocate workloads ad hoc and in real-time from one physical data center location to another.

“For Dutch IT-channel’s audiences in the Netherlands as well as CSPs, MSPs and other IT channel players abroad, it’s good to know that the Worldstream Elastic Network also allows for setting up on-demand business models, including pay-per-use cloud hosting service delivery,” added Tim Vollebregt. “Next to that, this software-defined network will be cloud-enabled and equipped with the ability to connect to multiple top cloud providers via public cloud offerings. It’s an obstacle-free playground for CSPs and MSPs; a virtual arena for their developers to come into and try new configurations – such as plug-and-play multi-data center setups and twin-data center concepts, or edge-based cybersecurity solutions, to name a few options.”

Worldstream will be represented at the Dutch IT-channel awards ceremony by members of the company’s 10-person leadership team as well as its sales and network development teams. Until last year, Worldstream was primarily managed by the company’s two founders, Lennert Vollebregt (CEO) and Dirk Vromans (CTO). Now that the company has more than 15,000 dedicated servers under management while vastly expanding its data center space in Naaldwijk, the Netherlands, Worldstream’s leadership team has been expanded accordingly in 2019.

Data Foundry Announces the Opening of Its Second Data Center in...