The Xen Project has announced the release of Xen Project 4.6. The new release comes equipped with improvements to security, network throughput as well as upgraded migration.

With this release, Xen Project’s Virtual Machine Introspection (VMI) is natively supported on both Intel and ARM chips, making it an ideal API for developers building monitoring and security applications. Additional updates would allow for increased stability, scalability and usability to create a stable baseline for third-party security applications, including malware detection, forensics, security auditing and more.

Updates to the VMI would create the foundation for easier integration with IT monitoring tools for more centralized management, while the inclusion of Intel Cache Allocation Technology (CAT) and Memory Bandwidth Monitoring (MBM) enable additional system resources monitoring. 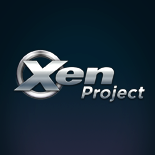 “Stability, performance and security are critical when it comes to running software on the modern Internet and cloud systems,” said Lars Kurth, Xen Project Advisory Board Chairperson. “The new Xen Project release puts these capabilities front and center and allows system administrator to determine where system vulnerabilities might lie to proactively assess potential security risks and to centralize and monitor how instances in IT infrastructure are affecting the overall stability of the environment.”

New features and capabilities of Xen Project 4.6 would include:

How Valuable is an Online Presence to Your Small Business?