Advanced Internet Technologies (AIT.com), a Fayetteville, N.C.-based Web-hosting firm, has announced a cloud hosting offering that will allow customers to deploy and scale their cloud servers and resources on-demand, within thirty seconds. Monthly SSD cloud server plans start at entry-level prices with an option for utility based hourly billing. 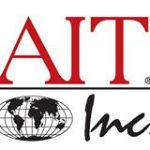 AIT’s SSD-powered cloud hosting solution is focusing on individual developers, startups and small businesses. Simplifying and reducing configuration time of cloud servers would be important for developers along with having the support and resources to meet their unique needs.

“The developer community today wants speed and flexibility along with performance, without giving up resources or capabilities,” said Michael Roberts, Chief Operating Officer at AIT. “As a cloud hosting provider, AIT offers customers the ability to scale as needed without the fear or cost of over compensating for resources that may not be used.”

Clarence E. Briggs III, the founder and CEO of AIT and a service-disabled veteran, launched the company in 1995. It has since grown into a multimillion dollar business that has been named twice to the Inc. 500 list of the nation’s fastest-growing private companies. Mr. Briggs is the recipient of several local and national awards for economic achievement as an entrepreneur to include Entrepreneur of the Year for the state of North Carolina.