The global cloud security market is estimated to be $4.09 billion in 2017 and is expected to grow to $12.73 billion by 2022, according to a new report available on Reportlinker.com. Asia-Pacific (APAC) is expected to have the highest cloud security solutions growth rate during the forecast period. 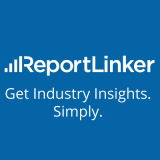 The Software-as-a-Service (SaaS) service model is expected to dominate the cloud security market from 2017 to 2022 with the largest market share, due to the growing demand for cloud-based applications. Infrastructure-as-a-Service (IaaS) is expected to play a key role in the cloud security market and may grow at the highest growth rate during the forecast period, as it provides security capabilities on its own infrastructure.

Asia-Pacific (APAC) is expected to have the highest growth rate during the forecast period. APAC includes emerging economies, such as China, Australia, Singapore, and India, which are rapidly deploying cloud security solutions. This is mainly due to the increasing adoption of IoT and BYOD trends in many industry verticals, such as Banking, Financial Services, and Insurance (BFSI), government, Information Technology (IT) & telecom, manufacturing, healthcare, and retail. Furthermore, North America is expected to have the largest market size in 2017.

The report covers the cloud security services across different verticals and regions. It aims at estimating the market size and future growth potential of this market across different segments, such as service type, security type, service model, deployment type, organization size, industry vertical, and region. Furthermore, the report also includes an in-depth competitive analysis of the key players in the market, along with their company profiles, key observations related to product & business offerings, recent developments, and key market strategies.

How to use the Export Tool in WordPress

Use Odin Automation Essentials to Grow Your Hosting & Cloud Business

Securing and Hardening Your Kubernetes Cluster