Alert Logic, a provider of Security-as-a-Service solutions for the cloud, has received a grant by Invest Northern Ireland in support of its security research and technology development center located in Belfast. The £572,000 grant will enable further expansion of its new Belfast office in Northern Ireland by supporting approximately 90 new jobs.

In addition to opening an office in London in 2013 and a Security Operations Center (SOC) in Cardiff, Wales in 2015, Alert Logic has continued its expansion into EMEA with this security research and technology development center in Belfast, Northern Ireland. 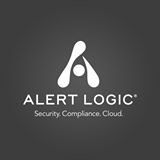 “European companies are moving to the cloud in record numbers and they realize that security solutions built in the cloud, specifically for the cloud, coupled with 24×7 managed services, is the way to keep their sensitive data safe and secure,” said Gray Hall, CEO of Alert Logic. “We are thrilled to continue to expand our European presence and provide Security-as-a-Service solutions for EMEA business customers.”

Alert Logic has grown to six global offices, including its headquarters in Houston, Texas, and announced last month that it achieved more than $98 million in revenue run-rate in 2015, more than 40 percent growth over 2014.

Alert Logic partners with the leading cloud platforms and hosting providers to protect over 3,600 organizations worldwide. Built for cloud scale, its patented platform stores petabytes of data, analyses over 400 million events and identifies over 50,000 security incidents each month, which are managed by the company’s 24×7 Security Operations Center.

Creating your own nameservers with glue records