ElasticHosts, a cloud server provider with data centers located in Europe, the U.S., Canada, Asia and Australia, has launched new U.S. data centers in Dallas, Texas, and Miami, Florida, in response to increased demand for cloud servers in the U.S. and the emerging Latin American market. 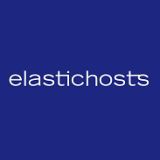 By offering cloud servers from Miami, ElasticHosts seeks to target new customers in Latin America and better serve organizations based on the East Coast of the U.S., while also helping companies selling into the Latin American Market – offering a better experience to end-users. Miami is located at the hub of subsea cables that service Latin America and East Coast U.S., offering strong connectivity between these two continents.

“This launch will allow us to accelerate our growth in the booming Latin American cloud hosting market,” said Richard Davies, CEO of ElasticHosts. “The new Miami DC allows us to expand into this market while also providing better support to our customers on the East Coast; further broadening our footprint across the U.S. and worldwide.”

How to change your email password on your iPad