Since the beginning of 2015, Synergy Research has identified 348 closed data center M&A deals with an aggregated value of $75 billion. Over the 5-year period the aggregated deal value has been split roughly equally between public companies and private equity buyers, while private equity buyers have accounted for 57% of the deal volume. 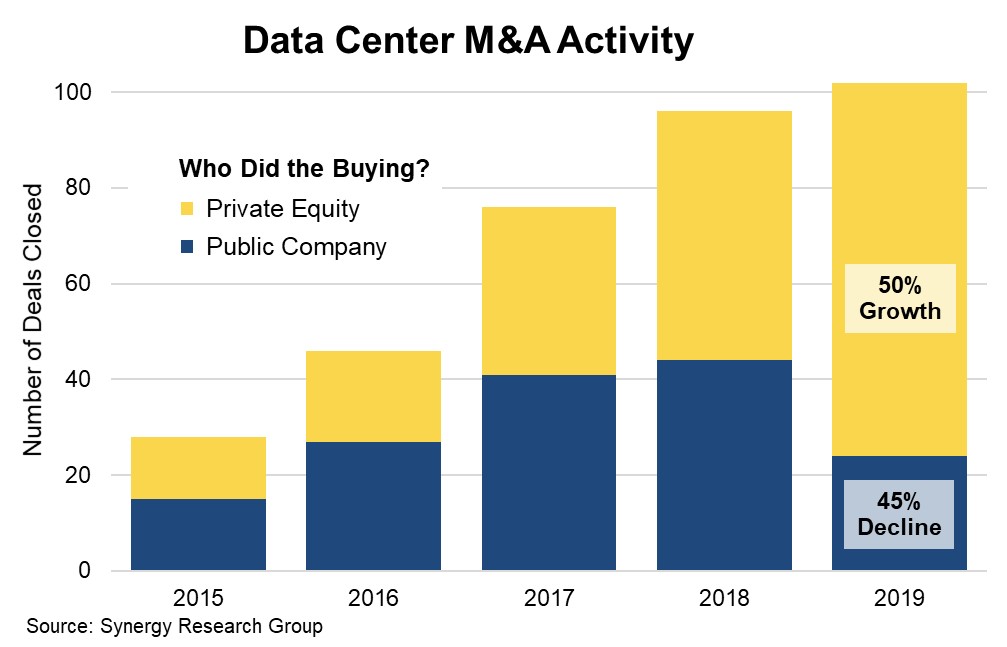 “The aggressive growth of cloud services and outsourcing trends more generally are fueling a drive for scale and geographic reach among data center operators, which in turn is stimulating data center M&A activities,” said John Dinsdale, a Chief Analyst at Synergy Research Group. “This has been attracting an ever-increasing level of private equity activity as investors seek to benefit from high-value and strategically important data center assets. It is also notable that even the biggest publicly traded data center operators are increasingly turning to joint ventures with external investors to help fund growth and protect balance sheets.”

Over the 2015-2019 period, by far the largest investors have been Digital Realty and Equinix, the world’s two leading colocation data center providers. In aggregate, they account for 31% of total deal value over the period. Digital Realty also has a pending deal to acquire Interxion, in what would be the largest ever data center transaction.

Improving the security and compliance of Windows Workloads with Amazon Inspector