Velostrata, a provider of cloud workload mobility, has announced Velostrata 2.0 – with new capabilities that would significantly simplify, speed and de-risk cloud migration. The new release adds smart migration while enabling companies to “quickly and easily” move workloads to AWS Cloud and Microsoft Azure in minutes, instead of weeks.

“Enterprises are continuing to adopt a public cloud strategy, however adoption has yet to reach its potential, given the complexity and risk of data loss or downtime during the actual workload migration period,” said Terri McClure, senior analyst at Enterprise Strategy Group. “By decoupling the storage from compute and allowing these components to migrate independently, while maintaining performance and availability, Velostrata is taking out a lot of the complexity and risk, enabling enterprises to make that leap to the cloud quickly and simply.” 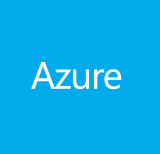 Velostrata’s software would uniquely decouple compute from storage without sacrificing performance. Velostrata’s streaming and caching would allow applications to be operational in the public cloud within minutes, while storage is migrated in the background.

Velostrata Smart Migration is agentless, making it simpler to deploy, and automatically adapts workloads for the target cloud, requiring no changes to virtual machine images, storage or management processes. Velostrata Smart Migration would especially be ideal for stateful workloads like ERP, Collaboration, Middleware, OLTP, Oracle and MS-SQL databases, and compilers.

Benefits of Velostrata Smart Migration would include:

How Google Cloud protects your business from ransomware

Live! Recover: Get Back Up And Running Faster