This particular configuration would feature all of its nodes having compute, storage and networking roles, thus “increasing scalability and fault tolerance to new levels all the while reducing overall costs.”

Cloudbase Solutions’ design for the Hyper-Converged data center relies on components that are fully distributed, and is entirely based on commodity hardware. The company claims this solution to have a remarkably low cost of ownership for the enterprise with the benefit of all the IaaS features offered by OpenStack, for both on-premise as well as public clouds. 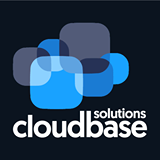 “The Hyper-Converged infrastructure adds simplicity, increased fault tolerance and scalability to your architecture, which is exactly what modern enterprises are looking for in order to compete efficiently,” said Alessandro Pilotti CEO of Cloudbase Solutions. It’s important for OpenStack customers to know they have choices when it comes to their infrastructure, and we see the Hyper-Converged solution as a key to helping them in achieving that architectural freedom.”

Cloudbase Solutions offers the platform as managed or unmanaged, with support for OpenStack and Windows Nano Server 2016, along with orchestration solutions based on OpenStack Heat templates or Juju for all Microsoft based workloads, from Active Directory to SharePoint, Exchange and more.