OS developer CloudLinux has published a toolset for livepathing of user space software to GitHub. The toolset is released under the GPL2 license and would allow software developers to develop and apply patches to their running software without the need to restart it. 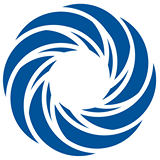 Similar to commercially available KernelCare service, which livepatches kernels for various Linux distributions, the LibCare toolset allows developers to live patch any software, as long as the source code of the software is available. This would ensure that business-critical software with nontrivial update processes doesn’t require users to restart during an update.

“We often see vulnerabilities in QEMU or GLIBC that are not cured by a simple update and instead require a reboot or a substantial amount of work to make sure everything is updated and secure”, said Igor Seletskiy, chief executive officer (CEO) of CloudLinux. “With LibCare, software developers can offer live user space patching to avoid downtime and security risks. There is nothing like that available on the market as open source, and we are excited to be able to offer this to software developers to make their applications more secure and more reliable for customers.”

Perfect application of this technology delivered by CloudLinux would be within databases, Web servers, libraries, virtualization technologies such as QEMU, and more.

The LibCare source code is available on GitHub at https://github.com/cloudlinux/libcare.

Everyone knew the stakes were high