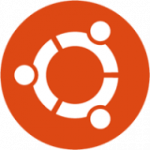 CloudServers.com, provider of cloud-based Windows and Linux virtual servers, has announced support for Ubuntu version 13.10, also known as Saucy. The new version of the OS, launched a few weeks ago, would simplify the lives of enterprise administration teams, with a full suite of (real-time) compliance, security, performance monitoring and easy-provisioning tools.

With the new template release, CloudServers.com is one of the first hosting providers to equip its virtual servers with the new Ubuntu OS. The ease of signup in this latest Linux server OS build from Canonical would mean users can be up-and-running in less than 5 minutes with just a few clicks.

“As part of our commitment to being current on the newest technologies, we made this new template available for our customers on the first day of release,” said Brad Kingsley, CEO of Cloudservers.com. “I’m proud that our team can provide unwavering service to our clients, and execute so much faster than most IaaS providers.”

CloudServers.com is a new cloud hosting venture of 17 year-old managed hosting provider OrcsWeb based in Charlotte, N.C.. Specializing in both Windows and Linux operating systems, CloudServers.com offers cloud hosting and virtual servers with a wide variety of OS templates and features, such as auto-healing technology, instant provisioning and on-demand scalability.

Create a Side Nav with Tailwind – And It's Responsive!