Cloudways, a managed cloud hosting platform that allows developers, designers, and business owners to deploy their web stores and apps on top of cloud servers from DigitalOcean, Amazon, Kyup, Google Cloud, and Vultr, has announced the integration of one-click OpenCart installer.

The integration is powered by ThunderStack in order to provide “blazing fast” speed and performance for OpenCart based online stores. When deployed on Cloudways, stores created on OpenCart would run significantly faster.

With over 300,000+ ecommerce stores powered by OpenCart, the open-source ecommerce web application is quite popular among ecommerce store owners. Written in PHP, OpenCart is highly customizable, localization-ready for all major languages, and fully responsive. 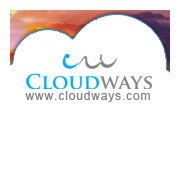 “Today, customers want personalized and seamless online shopping experience. However, deploying the right technology is expensive and complex to execute,” said Aaqib Gadit, Co-founder of Cloudways. “This is where OpenCart excels. This is where Cloudways as a Managed OpenCart Hosting Platform performs above par. When deployed using Cloudways, store owners have the ability to scale their online stores to make room for major traffic hikes during the holiday season.”

The platform also comes with a “unique” hosting assistant, CloudwaysBot. The bot would provide timely updates and vital insights about the cloud servers. Furthermore, there is a team of cloud experts waiting to solve server related issues round the clock.

With 25 data center locations around the world, Cloudways offers its cloud server customers more than 150 features, add-ons and multiple applications, including WordPress, OpenCart, Joomla, Drupal, and PHP Stack among others.

How to view bandwidth usage by account in WHM

Cloud OnAir: The Role of API Management in the Istio Service...