ClustrixDB, provider of a scale-out relational database designed to meet high-volume online transaction needs of e-commerce and other web applications, has announced the availability of ClustrixDB release 7.0. The new architecture would massively scale both reads and writes. The solution and can be deployed in any cloud or data center.

According to Mike Azevedo, president & CEO of Clustrix, this release comes just in time to help e-commerce site owners avoid slowdowns and downtime over the busy holiday season. 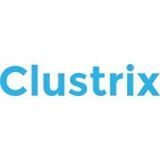 “Today, when online shoppers have more consumer power than ever before, retailers must be able to focus on attracting and retaining customers,” said Mike Azevedo. “They don’t have time to worry about the database under the hood of their e-commerce platform, and the last thing they need to hear is that customers are experiencing delays. With ClustrixDB 7.0, e-commerce merchants have even more scale and a much easier and faster way to prepare for high holiday traffic and checkouts.”

The company expanded the boundaries of relational database elasticity with a scale-out, shared-nothing ACID-compliant architecture. Version 7.0 would enable companies to easily and economically adjust database capacity to handle steep fluctuations in demand.

ClustrixDB’s Flex option would allow merchants to easily scale up their ClustrixDB cluster to handle peak holiday workloads with just a few clicks, and then scale back down post-holiday, paying for capacity only as needed.

While the cloud enables unprecedented resource elasticity, traditional SQL databases are limited to scaling “up” by moving the database to a larger instance, and do not support the ability to scale “out” the relational database with incremental additions of hardware resources. ClustrixDB gives the scale-out capabilities of a NoSQL. As a scale-out SQL database, ClustrixDB can be deployed in any cloud, including: Rackspace, Microsoft Azure, ZeroLag and AWS.

The more intuitive way to work