“Customers have been asking us for years to update their plugins for them – so that when vulnerabilities are found in a plugin, and if they don’t have time to manually update their plugins, or if their hosting provider doesn’t do it for them, they won’t be victimized due to outdated plugins and end up with a site hosting malware or compromised for use by miscreants,” said Jonathan Manuzak, CTO of CodeGuard. 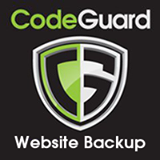 SiteUpdator will update all of the customer’s WordPress plugins on a daily basis that CodeGuard has access to and that need updating. The updates will occur after the daily file scans take place.

CodeGuard hopes to prevent many of the malware infections from taking place with SiteUpdator, since the primary reason for site infection is unpatched plugin vulnerabilities. And for zero-day attacks, CodeGuard’s ChangeAlert monitoring coupled with the newly released MalwareGone would have the potential to transform website protection by immediately identifying new threats and then remediating them automatically.

CodeGuard was founded in 2010 and is headquartered in Atlanta, Georgia.