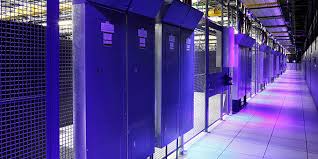 Global colocation and interconnection company Equinix has announced the next phase in the evolution of its global platform through the direct physical and virtual connection of its International Business Exchange (IBX) data centers around the world. This would enable colocation customers to connect on demand to any other customer from any Equinix data center location.

The new inter-metro connectivity will be delivered through the Equinix Cloud Exchange (ECX), which has been renamed the Equinix Cloud Exchange Fabric (ECX Fabric). It will leverage the software-defined networking (SDN) capabilities currently built into ECX to enable any customer to dynamically connect its own infrastructure across Equinix data center locations or connect to any other customer on the Equinix global platform, regardless of location.

Customers can customize their connectivity to partners, customers and suppliers through an interface that provides all the benefits companies have come to expect from “as-a-service” models. This includes real-time provisioning via a portal or API, pay-as-you-go billing increments and the removal of friction in establishing elastic connectivity between metros.

In Q4 2017 and early 2018, ECX Fabric is rolling out to seven new metros in the Americas and EMEA regions (Denver, Düsseldorf, Geneva, Helsinki, Miami, Milan and Munich). Equinix will extend connectivity to São Paulo within the Americas region, and between APAC region ECX Fabric metro locations (Hong Kong, Melbourne, Osaka, Singapore, Sydney and Tokyo), in 2018.

With this expansion, any Equinix customer would be able to more efficiently interconnect its global infrastructure and request connections to any of the more than 1,000 participants on ECX Fabric today. This includes some of the world’s largest enterprises, cloud service providers (including Alibaba Cloud, Amazon Web Services (AWS Cloud), Google Cloud Platform, IBM Cloud, Microsoft Azure and Oracle Cloud) as well as SaaS providers (including Salesforce, SAP and ServiceNow, among others).

Since 2014, ECX has provided virtualized, private and direct connections to some of the world’s largest clouds. With today’s announcement, ECX has evolved from a platform for cloud connectivity to a multipurpose interconnection exchange that would further simplify the process by which companies implement interconnection across customers, partners and suppliers.