The rapid rise of the datasphere, user decentralization, hardware and operating system disaggregation, and the acceleration of 400G+ bandwidth deployment have all resulted in a spike in demand for end-to-end data security. To meet this need, data must be protected throughout processing, storage, and transmission across linked devices, stated Credo. Encryption must also be done without sacrificing throughput and within a low-power envelope.

The Osprey devices would save significantly on energy usage, allowing Credo to offer a comprehensive family of PHY devices that support the IEEE 802.1AE MACsec and Internet Protocol Security (IPsec) standards for 10G to 400G port interconnects in the most demanding data center environments.

– story continues below the image – 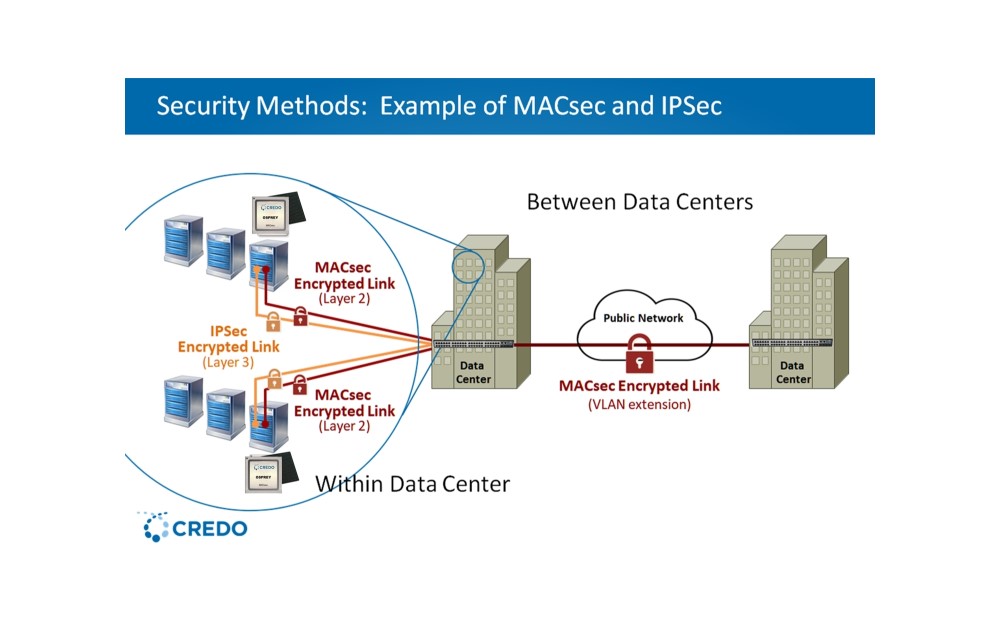 MACsec devices encrypt data communication in hyperscale, cloud, business, and edge data centers and service provider networks. The necessity of end-to-end security is growing every day as companies increasingly rely on the cloud for their operations. With each speed shift in the Ethernet Switch (L2) and Routing industry (L3/L3+), the interest in MACsec grows.

“There is a higher attach rate of MACsec with 400 Gbps products compared to 100 Gbps. We expect with the data center rapidly moving towards 100G per Lambda and 112 Gbps SerDes that MACsec will play a pivotal and significant role in the 400 Gbps and 800 Gbps markets,” said Alan Weckel, Founder and Technology Analyst at 650 Group. “The need to minimize power consumption without sacrificing performance is as great as the need for encryption as data centers scale up.”