Curaçao Technology Exchange (CTEX) is preparing to turn on CU1, the first of four 72,000 square feet Uptime Institute certified Tier-IV datacenters. The colocation facility is located in Curaçao, a small island in front of the Venezuelan coastline. Curaçao is part of the Dutch kingdom, which means the island benefits from European privacy laws.

Curaçao is a very popular business location for online gambling companies, more specifically online sports betting and internet casinos. Besides that, the island offers fiscal benefits through its EZONE ruling, which means international companies establishing computing infrastructures at the CTEX datacenter are exempt from import duties and VAT taxes. Finally, by being part of the Dutch kingdom, companies leveraging the CTEX datacenter to conduct business worldwide benefit from over 95 bilateral investment treaties.

CTEX’s vision from the start was to create one of the most advanced and reliable colocation facilities in Latin America and the Caribbean, leveraging years of lessons learned from datacenter projects across the world. Too, the company was committed from the start to officially obtain a Tier-IV status, which they achieved in June this year together with the ISO9001:2008 certification. CTEX has partnered with Schneider Electric and Cisco, among others, to perfect its data center environment.

In October, CTEX will undergo final inspection of CU-1, the first of its four facilities. Successful certification would make the CTEX datacenter one out of 13 datacenters worldwide to be certified at the Tier-IV level for design as well as constructed facility and the first of its kind in Latin America and the Caribbean.

CTEX is a data center and systems integration company, formed in the 2010, by executives with a deep experience in the Information Technology, Telecommunications and Data Center development and operations. The company is lead by industry veterans with significant experience in the datacenter space. Their CEO, Anthony de Lima and the rest of their team would have noted track records at companies such as Telefonica, KPMG, Google, Terremark, and Global Crossing.

The island of Curaçao is located outside the traditional hurricane belt and major seismic zones, and has five major submarine cables connecting the island to the rest of the world, with two additional cable systems planned for the first half of 2014. The data centers of CTEX are located 60 meters above sea level. 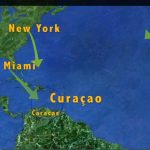 The CTEX datacenter would incorporate some of the most sophisticated technology design principles, including the ability to accommodate computing platforms with varying operating characteristics ranging from low to high-density in specialized zones. CTEX has also incorporated an advanced intelligent building management system (BMS), which automates many of the tasks traditionally managed by datacenter personnel. The CTEX colocation facilities have already been recognized with the 2012 LATAM Datacenterdynamics award for incorporating the most advanced design and engineering standards throughout the region.