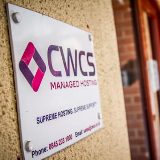 The infrastructure upgrade is one of the first implementations of CWCS Managed Hosting’s brand new higher density disks. The platform provides greater capacity and would allow modular expansion with zero downtime and superior performance.

With separate compute and storage systems, the new cloud infrastructure has multiple physical servers with all points of failure taken in to account. If one node or hardware point fails, there is ample redundancy and fail-over so that there is no single point of failure. This would ensure high levels of reliability, resilience and uptime.

“We are genuinely proud of our Supreme Cloud infrastructure and it is great to be able to pass on reduced costs and improved performance directly to our customers,” said Karl Mendez, Managing Director of CWCS Managed Hosting. “We always aim to provide the best products, along with what we consider to be the best customer service and technical support in the industry.”