Having experienced an exponential increase in traffic from steady growth across its popular services portfolio, CyberAgent required a scalable expansion of its network infrastructure to increase density and performance, all while reducing operational workload. Another urgent priority was the implementation of an advanced management system that could minimize potential service disruptions potentially resulting from multiple network expansions. 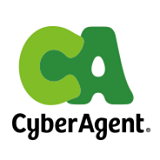 As CyberAgent transitions its networking infrastructure to the cloud, Juniper’s cloud solution would deliver new levels of performance and agility required to simplify management of its massive service resources and array of network devices, in support of the over 40 million users across the company’s businesses and platforms.

“The wide-scale popularity of CyberAgent’s services and offerings demands a stellar networking infrastructure offering the best in performance, automation and stability,” said Tomohiro Furuya, country manager of Japan, Juniper Networks. “We are delighted to be selected as CyberAgent’s continued networking partner of choice and we look forward to further supporting their amazing growth story across Japan and beyond.”

How to migrate a website from one server to another

Building and managing APIs for serverless with Google Cloud

#CiscoChat Live: Monetize Your 5G and Wi-Fi 6 Networks with Cisco...