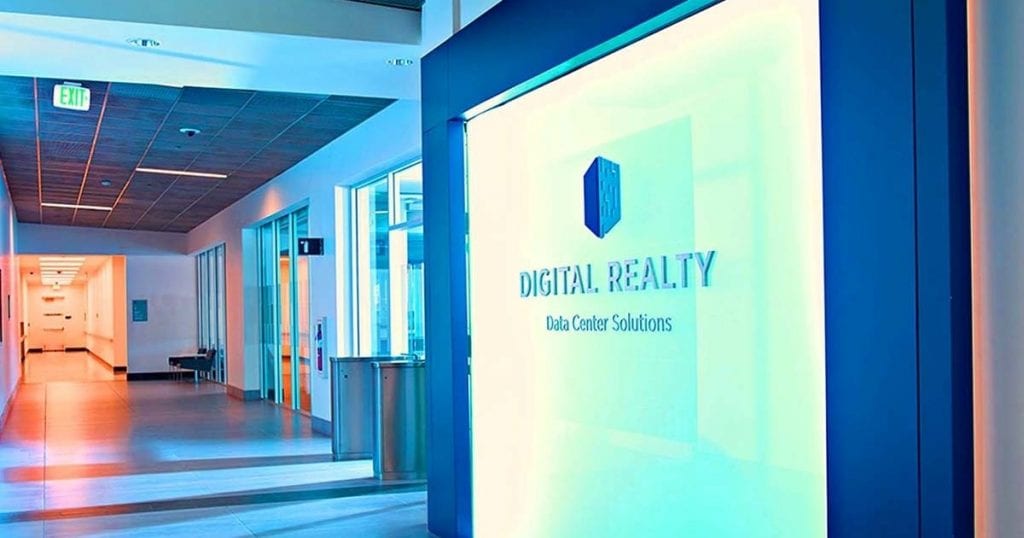 The number of deals closed in the first half exceeded the total amount closed in the whole of 2016. 2019 is in line to be another record year for data center M&A deal volume with eight more deals having closed since the beginning of July, 14 more that have been agreed upon with formal closure pending as well as the regular flow of M&A activity. 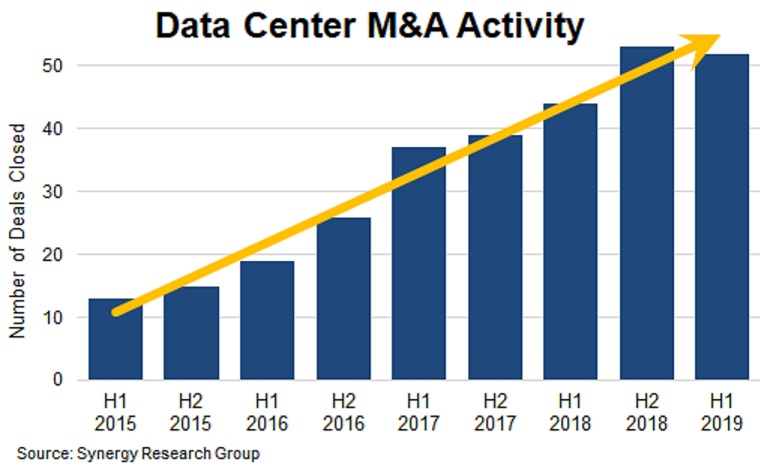 In terms of deal value the story is a little different from deal count as the trend is skewed by a very small volume of huge multi-billion dollar acquisitions. Eleven such deals were closed during the 2017-2018 period, while 2019 has yet to see a multi-billion deal closure.

Over the 2015-2019 period, by far the largest investors have been Equinix and Digital Realty, the world’s two leading colocation providers. In aggregate they account for 36% of total deal value over the period. Other notable data center operators who have been serial acquirers include CyrusOne, Iron Mountain, Digital Bridge/DataBank, NTT and Carter Validus.

“Analysis of data center M&A activity helps to affirm some clear trends in the industry, not least of which is that enterprises increasingly do not want to own or operate their own data centers,” said John Dinsdale, a Chief Analyst at Synergy Research Group. “As enterprises either shift workloads to cloud providers or use colocation facilities to house their IT infrastructure, more and more data centers are being put up for sale. This in turn is driving change in the colocation market, with industry giants on a never-ending quest to grow their global footprint and a constant ebb and flow of ownership among small local players. We expect to see a lot more data center M&A over the next five years.”

How to Grow Your Business with SEO