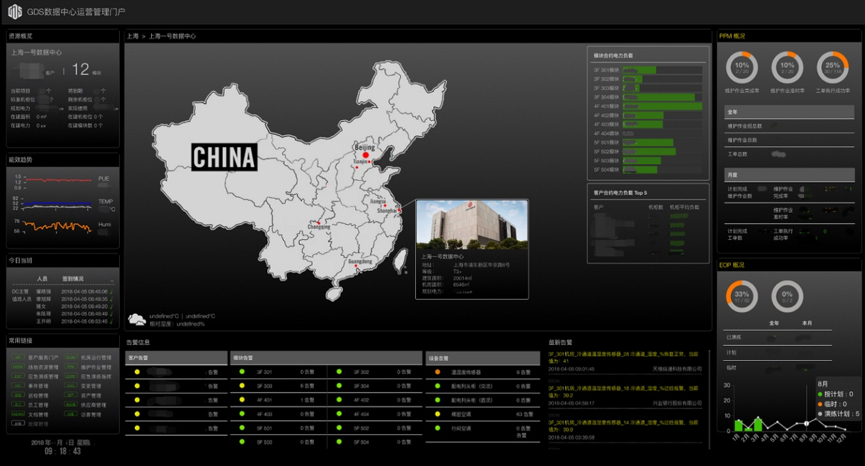 GDS Holdings Limited (Nasdaq: GDS), a developer and operator of “high-performance” data centers in China, has acquired a data center campus in the Shunyi district of, around 8 kilometers away from GDS’ existing Beijing 5 data center.

The acquired campus in Beijing comprises three data centers with a total area in service and under construction of approximately 19,700 sqm, which is 100% committed or pre-committed by two of GDS’ current largest customers. The company expects to complete the acquisition in the first half of 2020, subject to customary closing conditions.

The first of the three data centers, which GDS refers to as Beijing 10, or BJ10, has a net floor area of approximately 6,400 sqm. It entered service in late 2017 and is currently approximately 95% utilized.

The second data center, which GDS refers to as Beijing 11, or BJ11, has a net floor area of approximately 6,500 sqm. It entered service in late 2018 and is currently over 60% utilized.

The third data center, which GDS refers to as Beijing 12, or BJ12, has a net floor area of approximately 6,800 sqm. It is now under construction and is expected to enter service in the first half of 2020. GDS expects the three data centers to be fully utilized and billable no later than June 30, 2022.

Around 67% of the aggregate capacity of BJ10, BJ11, and BJ12 is committed or pre-committed by a leading short video streaming company, an existing hyperscale customer of GDS since earlier in 2019, and around 33% by one of China’s largest Internet companies, a top five customer by net revenue of GDS for several years.

“Data center capacity in Beijing is scarce,” said William Huang, Chairman and Chief Executive Officer of GDS. “The addition of this data center campus adds substantially to our presence in China’s largest Tier 1 data center market and expands our relationship with two key hyperscale customers. We have established a successful track record of acquiring data centers that match our criteria and we will continue to pursue opportunities in a disciplined way.”