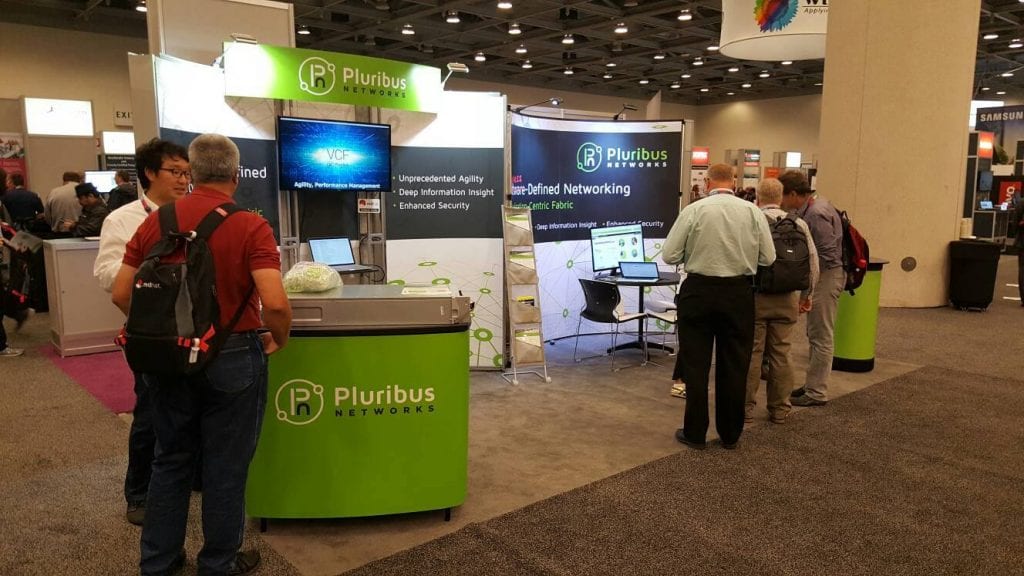 UNUM Insight Analytics is an analytics module that provides proactive insight via rich graphical dashboards and robust search functionality into the network and applications data of every flow through the fabric to assure peak operating performance.

“Pluribus and Dell EMC are committed to open networking and enabling service providers and enterprises to build out their data center infrastructure, including smaller and more compact single site and multi-site environments,” said Kumar Srikantan, Chief Executive Officer (CEO) of Pluribus Networks. “More than ever, the need to apply SDN automation and achieve pervasive visibility across the entire data center infrastructure is critical. That’s exactly what Pluribus can deliver on top of the high-performance open networking hardware from Dell EMC.”

With the release of UNUM v5.2, Pluribus Networks has added a number of other key new capabilities:

The Adaptive Cloud Fabric is a peer-to-peer distributed SDN underlay and overlay solution that can be managed via CLI, REST API or UNUM from any switch in the fabric, even if those switches are globally distributed. However, an increasing number of customers would prefer to manage the entire fabric through the UNUM GUI so they can spend more time on strategic initiatives and less time on managing network details.

By integrating Pluribus UNUM onto the pre-tested Dell EMC VEP4600, Pluribus and Dell have made the deployment of UNUM that much easier. While the Adaptive Cloud Fabric intrinsically provides comprehensive automation and telemetry, once UNUM Fabric Manager and UNUM Insight Analytics are deployed, network operators are further liberated from the complexity of provisioning and operating data center networks – whether single site or multi-site. Pluribus UNUM automates the complete network lifecycle from implementation to operation and optimization, enabling intent-based network operations with “vastly” reduced deployment times all delivered on the compact footprint of a Dell EMC VEP4600.

“In today’s marketplace, it has become a business imperative to simplify network complexity, while increasing agility and speed to service for our customers,” said Alley Hasan, director of Open Networking, Dell EMC. “In utilizing UNUM on Dell EMC VEP4600, we are providing customers with another option to streamline SDN automation of single- and multi-site data center fabrics.”