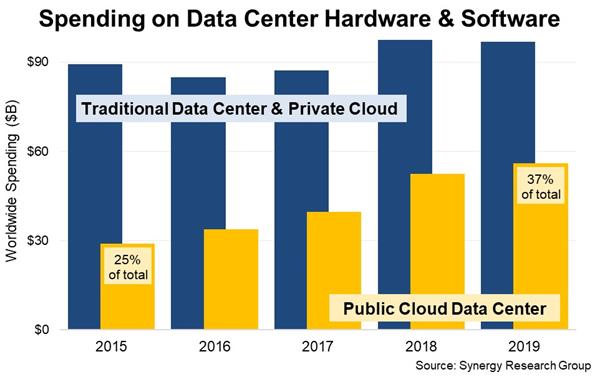 By product, the data covers servers, OS, storage, networking, virtualization software, network security and management software. Servers are the largest product category and accounted for 46% of hardware and software spending in 2019.

Vendor market share ranking in Q4 showed the leaders being Dell, Microsoft, HPE and Cisco. They were followed by Huawei, IBM, VMware, Inspur and Lenovo. In the public cloud segment, ODMs once again accounted for the biggest share of the market. They also benefited from a big year-end spike in shipments to hyperscale operators, thereby enjoying a record quarter.