Datadog, a SaaS-based monitoring and data analytics platform, has raised $15 million in a Series B round led by OpenView Venture Partners. The monitoring service brings together data from cloud servers, databases, applications, tools and services to present a unified view of the infrastructure. 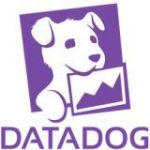 Datadog will use the latest financing to accelerate the development of its next-generation monitoring platform for highly elastic cloud infrastructure. The company will also be aggressively growing its engineering division and expanding its sales and marketing teams in New York and Boston to meet the increasing market demand.

Dev Ittycheria, OpenView’s Managing Director and former Founder and CEO of BladeLogic, will join the company’s board of directors.

“Increasingly, organizations are shifting their computing workloads from static on-premise infrastructure to elastically scaling clouds,” said Ittycheria. “Easily adding and changing compute capacity is a major benefit of the cloud, but also introduces a level of dynamism that overwhelms legacy monitoring systems. Datadog has created a monitoring platform that has been explicitly designed to monitor highly elastic compute environments on public cloud hosting environments or private clouds as well as to support traditional computing infrastructure.”

Datadog claims it has achieved dramatic growth in 2013, adding hundreds of customers and bringing over 30,000 servers onto its monitoring service. The company also further positioned itself for continued strong growth in 2014 by expanding its compatibility beyond Amazon Web Services (AWS) with the release of HP Cloud, Microsoft Azure, Red Hat OpenShift, and OpenStack integrations.

OpenView Venture Partners is an expansion-stage venture capital fund based in Boston that is focused on high-growth software, Internet, and technology-enabled companies. Founded in 2006, the firm invests globally and has approximately $440 million in total capital under management.