This latest version of Rackspace’s OnMetal Cloud Servers would deliver innovative connectivity between public cloud and dedicated server hardware and enable unprecedented hybrid cloud performance. Both Microsoft and Linux workloads would now be enabled to benefit from these next generation capabilities by capitalizing on the flexibility of public cloud with the performance and security of bare metal servers.

According to Rackspace, OnMetal Cloud Servers are an ideal solution for customers looking to run workloads such as Cassandra, Docker, Spark and Windows that require intensive data processing, raw compute power and the ability to quickly scale and deploy. 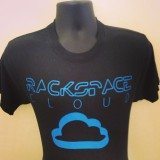 This offering would give customers bare metal speed, with the control, security and consistent performance comparable to dedicated server hardware. The Rackspace OnMetal Cloud Servers would help increase efficiencies at scale, allowing customers to reduce the cost and complexity of their IT operations by consolidating workloads from many virtual environments to a few bare metal servers.

The next generation of Rackspace’s OnMetal Cloud Servers would deliver the following benefits and new features:

“Rackspace is leading the OpenStack market with unparalleled technical innovation and operational expertise. With the fastest deployment times in the industry and unmatched performance, OnMetal is the leading bare metal offering and the largest public deployment of OpenStack Ironic in the world,” said Paul Voccio, vice president, software development, at Rackspace. “With the combination of new features and performance capabilities in the next generation of OnMetal, it can be a solution for many customers seeking OpenStack as the platform to run their most demanding workloads.”

How to Manage your ports

WHD.usa 2017 Keynote: The Power of Parental Leave: The GoDaddy Story