Dell’s new flexible, open networking (ON) products would help enterprise customers move toward software-defined networks and prepare for the future-ready data center. Open networking is inherent to Dell Networking’s strategy. The range of switching speeds (1-100GbE) offered would provide customers flexibility for the life of their technology investment.

Dell Networking Z9100 is a 100GbE fabric switch in a 1RU fixed form factor for aggregation and access layers, and offers multi-rate switching (10/25/40/50/100GbE). The Z9100 is designed for cloud, HPC and Web 2.0 applications that require a range of options in switching rates in high-density environments and excels in Big Data analysis and where high performance, low latency requirements exist.

The Dell Networking S4048 is a low-latency 10/40GbE Top-of-Rack (ToR) switch designed for the software-defined data center. With advanced features supporting large hardware tables, VXLAN and expanding buffering, it is designed for web and cloud hosting service providers with Linux and open source-heavy environments. The S4048 provides a low latency 10GbE switching in HPC and business sensitive deployments that require the highest bandwidth and low latency. 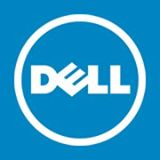 The Dell Networking S3048 is built for efficiency and performance and is useful for enterprise and mid-market customers with an existing 1GbE installed base. It is Dell’s first entry into 1GbE open networking switching. The S3048 is a ToR equipped with “next-generation” 1GbE silicon, a complete OS9 feature set including VLT, OpenFlow, Open Automation, Cloud Stack integration with OpenStack, Microsoft, VMware, Docker and others, while offering significantly less power consumption compared to the current generation of Dell 1GbE switches.

Windows on Kubernetes on Windows